Corsets date back as far as the 16th century with evidence suggesting that they may have historically existed even earlier. Specifically created for the purpose of holding and training the torso into a desired shape for aesthetic or medical purposes, corsets were traditionally utilized by both men and women, although more commonly worn by women. Over time, the use of corsets took a downturn as fashion standards changed.

However, corsets slowly began to resurface after the 2001 release of the movie Moulin Rouge! Fast forward a decade plus and corsets, or waist trainers and cinchers as they are more commonly referred to, are at craze proportions! Cinchers are touted as miracle products and waist training is all the rage with an enthusiasm that has undoubtedly been boosted by the onslaught of celebrity endorsers such as Kim Kardashian, reality star Deelishis and Amber Rose.

Yet and still, there is controversy. Described as one of the hottest sculpting trends out today, it is not without debate as detractors claim the possibility of organ shifting, fainting spells and/or rib damage from use of waist training garments with boning sewn in. “Medically, it doesn’t make sense that cinching your waist tightly will make it permanently smaller,” says Mary Jane Minkin, M.D., clinical professor of ob-gyn at Yale School of Medicine, as reported by Womenshealthmag.com. “Once you take the garment off, your body will return to its usual shape. It’s also uncomfortable, restricts your movements, and if you wear it really tight, it can even make it difficult to breathe and theoretically could cause rib damage.”

As reported by Ebony.com, Director of Bariatric Surgery at the University of Florida Health Jacksonville, Sunil Sharma, MD, explains that wearing a corset is somewhat similar to wearing an orthopedic brace that’s used to change the shape of the spine, with one major difference; “The brace is used to shape bones and not soft tissue like the corset,” he states. “All you’re doing is compressing your stomach and pushing the fat around instead of getting rid of it. It’s a very temporary thing.”

However, supporters of waist training oppose the idea that cinchers are medically dangerous and only provide temporary results. According to VH1.com, “Waist training advocates claim that with waist training you can lose up to seven inches from your waist line, as the waist training belt is supposed to put pressure on your waist and generates heat while you’re physically active to help your body burn fat quicker and expel toxins.” This particular stance may actually be supported by New Yorker, Kelly Lee Dekay. The 27 year old fetish model has been waist training for 7 years utilizing a steel boned tight-laced corset. As a result, her waist has withered down to a tiny 16 inches and she claims to have suffered no medical complications, which is somewhat difficult to believe as one would assume internal organs would be forced to shift as the rib cage tightens.

Nonetheless, despite the existing debate that has endured since corsets first emerged on the scene, all indications are that use of cinchers and waist training in moderation, combined with a regular exercise program and a proper diet can together, yield the results that you want with the permanency that you desire. 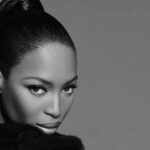 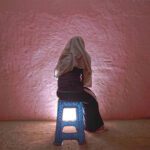 Next Story
Thousands of Black Women Sexually Brutalized, But No Public Outrage