She Took My Man!

I was with my ex for almost three years and during that time, we had our ups and downs, just like most couples do. My best-friend really helped me through some of those toughest times by supporting me and letting me vent about my relationship problems, like any BFF would. She’s married to a really nice guy and although their marriage isn’t perfect, as no relationship is, it seems pretty decent. One day, my BFF told me that she had to talk to me about something important. So, when I got off work, I met up with her so that we could talk. She was really uncomfortable and reluctant to tell me that she saw my boyfriend the night before, with another woman. She was in the mall and happened to walk by a store, glanced through the window and saw them. She said that she initially thought it was innocent until she saw them kissing. The whole time that she was watching them, they didn’t see her because she was on the other side of a rack of clothes that blocked their view. Well, I confronted my boyfriend (now my ex) and he kept denying it. I never told him where I got the information from but that I trusted the source. He refused to admit that he had cheated and said that I was crazy to not believe him. But, that was the last straw for me, because I was just so tired of the “ups and downs” at that point. So, I ended the relationship. About a month after I broke up with my boyfriend, my BFF and I had a huge fight and stopped speaking. She accused me of not taking her side in an argument that she had with her husband. I was being honest, told her that I didn’t agree with her position and she got mad. Another three months after that, I happened to meet another friend at a restaurant and guess who I see walking up to the front door of the restaurant, holding hands, like a couple in love? My ex-boyfriend and my ex-best-friend!!! I could NOT believe it!!! I was heartbroken and angry, at the same damn time!! I decided to walk to the restroom so that I could walk right passed them, and made sure that they saw me and I saw them. When we locked eyes, it was like they had seen a ghost. Coming back from the restroom, I noticed they were gone. I guess they couldn’t take being in the same restaurant that I was in; probably feeling guilty!! So my question is, what now? I actually thought that it might be a possibility that me and my ex would get back together but at this point, she basically took my man.  Should I just be glad to be rid of them both, or should I confront either one? Or, third option…should I let the b**ch know that I have a secret of my own.  I slept with her husband about 18 months ago!

Sis, I have to admit that I was not expecting that ending! That threw me for a serious loop. I could only laugh and then SMH. So, I’ll keep this short.  Cut your losses!

You and her are both wrong. You had no business sleeping with your BFF’s husband. What kind of foolishness is that?! You can’t be mad about a close friend betraying you when you clearly wrote the instruction manual on betrayal and committed the ultimate betrayal ya’self.

As far as the tramp, it makes me wonder if your ex-boyfriend was telling you the truth all along about not cheating on you despite what SHE claimed she saw. She’s so scandalous that it’s possible she lied simply to TAKE YOUR MAN!!  But, you made it easy for her by giving him up in the first place.

At this point, I suggest that you leave them alone, they won’t be together long anyway.  Commit to fixing your own loyalty issues, move on and pray that when and IF you get a husband, that your next BFF won’t take him too! 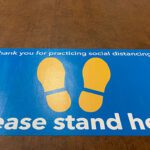 Previous Story
What The Pandemic Taught Me
→ 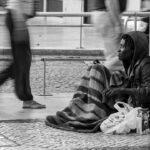 Next Story
From Homeless to Harvard